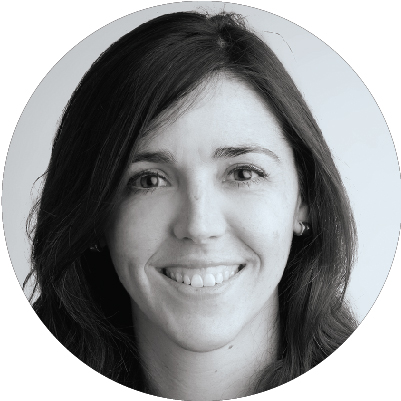 As a mergers and acquisitions lawyer, fitting into a male-dominated environment was not a new challenge for Caitlin Rose. She entered LCC in 1995, the school’s first year of coeducation, and was one of eight girls in her grade 8 class. You needed to have a thick skin, she recalls. Still, for the most part, she received a great deal of support and was excited to be a pioneer. She was the first female student council president at LCC, an experience that proved helpful as she built her career.

Having earned her law degrees from McGill University, Caitlin went to work at Fasken, a Canadian law firm where she had interned while still in school and subsequently did her articling. She rose to the position of partner in early 2016, and is one of the younger lawyers to achieve this status so quickly. “I just worked hard and became completely invested in what I was doing,” she says. “I am loyal, a team player, and look out for the greater good of our clients and the firm. And, most importantly, I really like my job.”

Caitlin says that the imbalance of men to women in her chosen area is glaring and she wishes that change in this respect would come about more quickly. However, she views her position as an opportunity rather than an impediment, and knows that she brings a unique perspective both to her colleagues and her clients. She is proud of making partner so early in her career and recently became a senior partner.

While she is fully committed to her career development, she also recognizes the importance of balance and is active in a variety of community initiatives. She is the co-chair of a fundraising event for St. Mary’s Hospital, and serves on the boards of St. Mary’s Hospital Foundation, the Centaur Theatre and Lower Canada College.

Caitlin is also involved in various capacities at her alma mater, LCC. Of all the educational institutions that she attended, she says that her experience at LCC had the greatest impact. In an effort to give back to the school and remain involved, she sits on both the school’s strategic planning committee and the alumni executive, and helped organize an event celebrating 20 years of coeducation at LCC.

“The teachers at LCC were true role models and made their students feel passionate about what they were learning,” she says. “Beyond the course content, they provided other more worldly tools – how to be an effective public speaker and even how to shake hands or negotiate in buying a car. I will always remember those life lessons.”

With few girls to make up the sports teams, athletic opportunities were abundant. Caitlin took full advantage and, in her words, played on every team possible.

Though Caitlin had an appreciation for the quality of her education throughout her high school years, it was once in CEGEP and university that her preparedness for post-secondary life became that much more evident. “Some of my classmates would panic when they had to write an essay,” she says. “But I was well equipped to tackle any challenge.”

She hopes that today’s LCC graduates continue to live the school motto – Non Nobis Solum – just as she has. “There is so much out there that is greater than us,” she says. “We all need to remember that we are representing something and we should be proud of where we came from.”