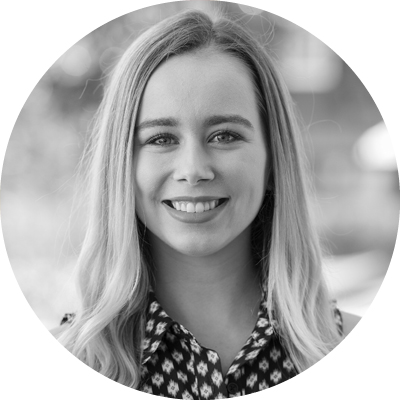 Carley Sambrook knew from the age of 18 that she wanted to move to New York City and pursue a career in the fashion industry. And, she did just that. Networking, she believes, as well as an ability to stomach a lot of rejection, were key to her achievement.

After graduating from LCC’s Pre-University program, Carley was granted a scholarship at Washington and Lee University. While studying there, and hoping to marry her interest in business with the world of fashion, Carley spent hours scouring LinkedIn to connect and network with people the industry. Through that long and arduous process, she landed internships at Michael Kors and Tory Burch following her sophomore and junior years respectively.

“I contacted hundreds of people and applied for about 30 internships in New York that first year, and Michael Kors was the only one to respond for an interview,” she says. “A few companies said no and most never answered. Persistence and lots of applications eventually yielded that one result!”

Fortunately for Carley, those internships confirmed for her that fashion is exactly where she wanted to be. Following university, she went to work for Saks Fifth Avenue in the buying office before returning to Michael Kors, where it all started. It’s not all glamour, she freely admits, particularly when buried beneath a mound of numbers and financial projections. But she is excited, not only by the opportunity to be involved in the product lifecycle from start to finish, but also by the role she plays in helping others be confident about who they are.

Having completed her high school studies at The Study, Carley selected LCC’s Pre-University program because she believed it would provide an environment that would best prepare her for university in the US. And the curriculum was such that it would offer invaluable exposure to the business world. “The university advising, small class sizes and individual attention were all important factors for me,” she says. “The faculty and teachers really care about your development and cater to your particular needs.”

If one thing can be learned from Carley’s experience, it’s the value of connecting with others. “It’s never too early to start talking to people,” she says. “My advice to new or soon-to-be graduates is to learn about different industries and build a network. Be curious about the jobs and roles out there. The more experience that they can get, the better positioned they will be.”