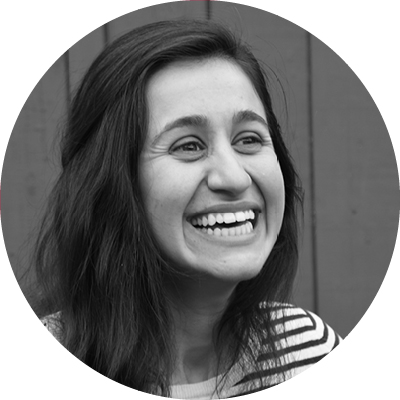 “Studying physics has made me aware of how I interact with the world,” she says. “It’s a humbling discipline and a reminder of how small you are in the universe. You realize few things matter enough to create conflict with others, just as few things are important enough to prevent you from helping someone else.”

Growing up in Montreal, Emily’s imagination was sparked by the Nova science program on PBS. “I thought space was so cool and became intrigued by what is out there,” she says. “But I didn’t connect our universe to physics until I studied it at LCC with Mr. Olive, my science teacher. Quite honestly, I found the subject a bit hard, but he planted a seed that grew in CEGEP and I stuck with it.”

Despite the hours spent puzzling over her physics homework, Emily found time at LCC to play soccer, run track, blow a mean flute in the school bands and cut the ice as a figure skater. At Harvard, she was attracted to a sport developed in the space age.

“I joined the ultimate frisbee team, which was pretty intense,” she says. “The coaches often turned to me, and jokingly asked me to explain the physics behind the perfect throw.”

Since graduating from Harvard, Emily has started a PhD at Columbia University in atomic, molecular and optical physics. Her research involves quantum mechanics and how it can be used to take computers to the next level.

“It’s a fun time to be doing that research, as big companies like Google and Microsoft want to build a quantum computer,” she says. “We have so many problems that current computers can’t solve. They’re also limited by their storage power. Quantum mechanics could revolutionize how we process information, perhaps even turning future cellphones into complex problem-solvers.”

However, such work is painstakingly slow. Emily is still waiting for her big “aha” moment and she’s learned to appreciate the little victories along the way.

“As part of a larger experiment that involves shooting lasers at a bunch of atoms, I built a sort of light ruler. I spent weeks scanning for results, but the monitor was just flat lining. One day I saw a small signal and got a real rush. Bingo! It’s very rare to see the fruits of your labour like that.”

Nevertheless, it’s feasible that such breakthroughs might earn her a future entry in Wikipedia, along with other technology pioneers. What would Emily like to see written?

“It might sound cheesy,” she says. “But I’d like it to read: ‘Emily is a good person.’ The rest is just frosting on the cake.”

UPDATE February 2021: Emily is now in the third year of her PhD at Columbia University. Her research has taken a different direction and the focus is now on making precision measurements at the frontiers of physics. Her research uses “tabletop” experiments, which are conducted in a single room using the smallest blocks of life: atoms and molecules. Her hopes for the future are to teach at the university level and to work in policy development and physics education research.

Emily currently sits on a committee for diversity and inclusion, the primary goal of which is to work on retaining students at the undergraduate and graduate levels, including those who seem to be largely underrepresented in physics, such as women and visible minorities.

Emily also spends her time working with a local affordable housing organization, providing support with their funding applications, and empowering low-income residents in a number of ways, such as helping them to develop computer skills or educating them on tenants’ rights.