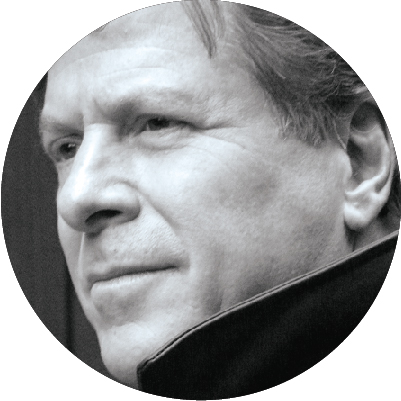 Jeffrey Harper has wanted to be a writer since he was five years old, aspirations that have come to fruition with several theatrical productions presented in New York, Los Angeles and London and two completed novels.

“My mother shared her love of books with me from the earliest age, and my father, Ralph Harper ’47, was an amateur actor in Montreal,” Jeffrey says. “He took us to the Centaur Theatre where I experienced the theatre’s electrifying, transformative potential. At LCC, with English teachers like Bob Veysey, Laurie Hart and Dave Morton, I was exceptionally fortunate to receive a rigorous and thorough education in classic texts and writing. Though writing well always remains the Everest to be climbed, I’m grateful that LCC provided a world-class foundation for me.”

After graduating from LCC, Jeffrey attended Harvard University where he acted in numerous plays, while harboring ambitions of writing his own. A year after graduating from Harvard, his first play, Songs of the Religious Life, inspired by his volunteer work and travels in West Africa, was produced in Manhattan. “They were small productions,” Jeffrey clarifies, “but at 22 years old in New York City, it made everything seem possible.” Jeffrey quickly wrote three new plays, which received readings around Manhattan, and he was awarded a Canada Council grant to complete A Cross for Vimy Ridge, his play about Canadian World War I veterans.

In 2000, his play In the Valley of the Shadow, a true-crime drama, won the Playwrights First Award, a national literary prize and received a staged reading in Los Angeles with stars Tim Daly and Andrew McCarthy. A film deal was set to be struck but when the Richard Gere/Edward Norton film Primal Fear was released, the film’s story was similar enough to kill the opportunity. Jeffrey says, “You realize how important luck, timing and connections are – as well the truth of the Paul Rudnick line that ‘the reason they call it the red-eye is because all the writers come back to New York crying.’”

“Writing for me is usually difficult, but almost always gratifying. It provides the opportunity to think deeply about those things that matter most and then attempt to give them concrete expression.” Jeffrey’s plays have focused on a number of social and political topics – from Stalin’s Terror (Remembrance), to the Rwandan genocide (Eden), civil war in Chechnya and the Irish Troubles (Borderlines) – as well as psychological dramas and a musical If You Could See: The Alice Austen Story, about one of the first women photographers in the United States, for which he wrote the book, lyrics and music for three of the show’s songs.

Jeffrey also cites working with talented actors as a great pleasure. Tony-nominee Jayne Atkinson (House of Cards), Michel Gill (House of Cards), Richard Portnow (The Sopranos) and David Margulies (The Sopranos) have all presented his plays. “Great actors enrich a script with dimensions you have imagined or not seen at all and provide an artistic alchemy that transforms your work.

“The most difficult part of this work is carrying on in the face of repeated rejection or, more commonly, indifference. As one gets older and has greater financial obligations, you understand that artistic ambition comes with a steep price and real material sacrifice.” To support himself, Jeffrey attended graduate school and for many years was a practicing psychotherapist in a Bronx psychiatric hospital, school clinics, and was also assistant director of the Counseling Center of Fordham University in Manhattan.

While maintaining a small, private, largely pro bono psychotherapy practice, Jeffrey now makes his living as a freelance writer and creative director for corporate production companies. “Corporate freelance writing has been acceptable and occasionally enjoyable way to make a modest, erratic but decent enough living, allowing me the time and freedom to keep writing and treat patients for low or no fees. Being a psychotherapist, however, has been an exceptional privilege, allowing me to provide what assistance and understanding I can in a profound, human and meaningful encounter with another person.”

When Jeffrey looks back on his experiences at LCC, he says, “The school’s commitment to the highest quality teaching in math, sciences and humanities provided introductions to substantial, ambitious learning that rewarded curiosity.

“Ultimately, with no guarantees of success as a writer, the greatest reward becomes creating something meaningful to oneself and, hopefully, at least one other person who reads or sees what you’ve created. Like receiving a good interpretation in therapy, there is profound, lasting pleasure in having just one person deeply understand what was most important to you.”