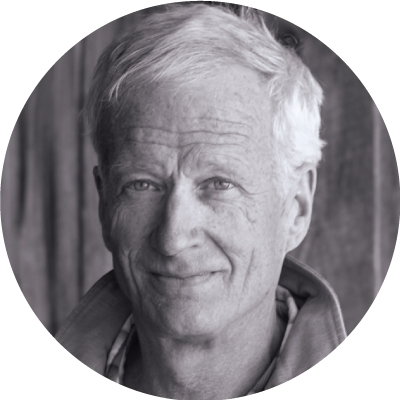 Mr. Behrens grew up in a family where books were important and family history and family mythology were constantly being discussed. “Those stories,” he says” ultimately became my material.” While studying at Concordia University, he was invited by renowned Canadian author Clark Blaise to join his graduate writing workshop, though he was still an undergrad.

By the mid-1970s, Mr. Behrens had twice published in the Best Canadian Stories Anthologies. After graduate work in international relations at McGill University, he published his first collection of short stories, Night Driving. While he held a Wallace Stegner Writing Fellowship at Stanford University, one of Mr. Behrens’s stories was optioned by a Hollywood producer. What followed, was a number of years spent in California writing screenplays. “It was a living,” Mr. Behrens says, “but being a screenwriter was frustrating. What I really wanted to do was write books.”

And so he did. Mr. Behrens made his new home in Maine, where he wrote The Law of Dreams. This debut novel won the Governor General’s Award, Canada’s most prestigious book prize, and has been translated into nine languages. His second novel, The O’Briens, was called “a major achievement” by The New York Times, and his third novel, Carry Me, just came out in Canada and the US. Not one to sit on his laurels, Mr. Behrens is currently working on his fourth novel while holding a fellowship at Harvard University's Radcliffe Institute for Advanced Study.

Looking back on his days at LCC, Mr. Behrens says that it was meaningful to him to be part of a school that was so steeped in tradition. “Ghosts permeated the school,” Mr. Behrens remembers. “The hallways and dining hall walls were lined with photographs of ‘old boys’ in ancient football jackets, hockey sweaters and army uniforms. It all hinted at a depth of life that was fascinating to me.”

Mr. Behrens felt privileged to go to a school with such beautiful grounds and loved to get out on the field in the spring after a long winter.

“To a considerable degree the school stuck by its principles, and its values are generally those that I still believe in: honour, the value of learning, the value of respecting others and yourself. I hope some of those traditions are still around and I sense that they are.”