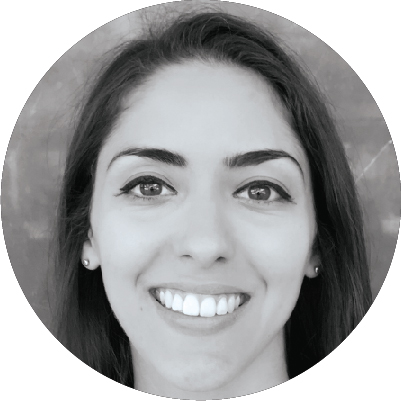 As a curious five-year-old, Tiffany Chamandy was fascinated by the stars, spending hours at a time gazing at them through her telescope. A love for science – and astronomy in particular – took root then and never waned.

Through her years at LCC, Tiffany pursued that interest, initiating the Mad Science Club and, along with Science Teacher Marc Shefler, exploding pumpkins on the field, an activity which became an annual school tradition. “The teachers at LCC were so encouraging,” she says. “I could be myself and follow my passions – whatever they were.”

While working on her undergraduate degree in astrophysics at the University of Colorado, Tiffany wavered briefly in the face of an exceptionally challenging program, and considered changing her field of study. But ultimately, motivated by the exciting possibilities for discovery, she stayed the course. She was also fuelled by a unique opportunity to conduct research for NASA’s Maven Mission (Mars Atmosphere and Volatile Evolution), a program exploring the red planet’s atmosphere.

Currently, Tiffany is completing a master’s degree in solar physics at the Institute of Theoretical Astrophysics in Oslo, Norway. Specifically, she is investigating the magnetic field in sunspots and how energy is transported from the solar surface to the outer solar atmosphere though observations of waves. She submits her thesis in June 2018 and hopes to eventually move on to a doctoral degree. Ultimately, the goal is to return to Montreal and continue her studies at McGill University.

Completing such a rigorous course of study is a great source of pride for Tiffany. She also cites overcoming an intense fear of public speaking as one of her most significant achievements. “I initially felt a sense of relief to be studying astrophysics,” she says, “because I thought I could keep to myself and not experience the panic of speaking in front of a group of people. But then I discovered that defending my research was critical, and I can now say that I conquered that fear and have developed a lot of confidence.”

Demanding programs and speaking in public are not the only challenges that Tiffany has had to face. With women being so significantly underrepresented in the field of astrophysics, she says that it is sometimes difficult to get your voice heard. However, that has only incited her to speak louder.

Despite the hectic schedule of a master’s student, Tiffany still finds time to give back to her community and perpetuate the LCC motto of Non Nobis Solum. As an active volunteer for the Norwegian Red Cross, she lends a hand at homeless shelters for refugees on a weekly basis.

“My years at LCC definitely helped prepare me for what was to come in my post-secondary studies,” she says. “The curriculum, the constant encouragement and the international focus of the Pre-U program were all influential.”