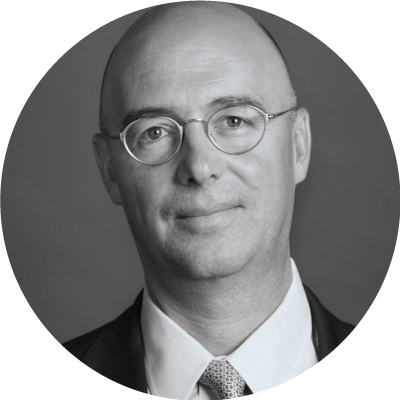 Pierre McGuire has had to pinch himself many times throughout his long-standing career as a professional hockey player, a college coach, as well as in the National Hockey League and sports broadcasting.

When he was part of the Pittsburgh Penguins organization back in the early 90s, serving as amateur scout, director of pro scouting and assistant coach, he won two Stanley Cups in 1991 and 1992. Other extraordinary moments would come later: he won a Gemini Award for Best Game Analyst in 2007 and 2008 and an Emmy for Outstanding Sports Personality in 2013.

These honours punctuated a career that included positions not only with the Penguins, but also with the Hartford Whalers, the Ottawa Senators and the St. Louis Blues. Pierre also served as assistant hockey coach at his alma mater, Hobart College, coached at Babson College and St. Lawrence College, and played professional hockey for one season in The Netherlands.

In the late 90s, Pierre took his seat on the other side of the mic, working for CJAD in Montreal as a commentator for the Montreal Canadiens radio broadcasts, before moving on to TSN and NBC Sports as a hockey analyst. During those tenures he was given the unique opportunity to cover six Olympic games.

Though Pierre did not complete his high school studies at LCC, having moved to New Jersey one year before graduation, he still reflects on his days at the school with great fondness and acknowledges how they shaped his future. “At LCC, I developed excellent reading and writing skills,” he says. “Everything I do now requires those fundamental skills; you can’t communicate effectively without them. I have my English and history teachers to thank for that.”

In addition to these valuable gains, Pierre notes that he learned how to build his confidence at LCC, which proved to be essential in his chosen career. “As a professional hockey player and coach, and as a broadcaster, I am constantly under scrutiny,” he says. “LCC taught me how to manage that kind of thing.”

Pierre’s love of sport was encouraged by his LCC hockey coaches and by his phys. ed. teacher, Trevor Smith, who, along with Vic Badian and Dennis Heward, had the greatest influence on him. “I was an athletic, aggressive kid, but my teachers did not dampen my enthusiasm,” he says. “I was motivated to do better in class and to perform well on the ice and on the field.”

Despite this litany of professional achievements, Pierre says that the best role he has ever undertaken is that of father to his two children. They began their academic journey at LCC, and Pierre is grateful for the foundation that they too acquired at the school. To his kids and to the students of LCC, Pierre imparts these words of advice: “You should be on an endless quest for knowledge. No matter what your pursuit, information is key and you should always be open to new opportunities.”

To that he adds the importance of collaboration, of being a good teammate, something he says is also cultivated at LCC. “LCC presents an opportunity to interact in the classroom, outside of the classroom and in the sporting venues,” he says. “All of that really matters.”