At various age levels, students have the opportunity to attend international Round Square conferences, helping them to develop social skills and broaden their international experiences. Offering a combination of guest speakers, group discussions, cultural visits, community service and adventure activities, the conferences are an occasion for students to exchange ideas and views with other students from around the world. 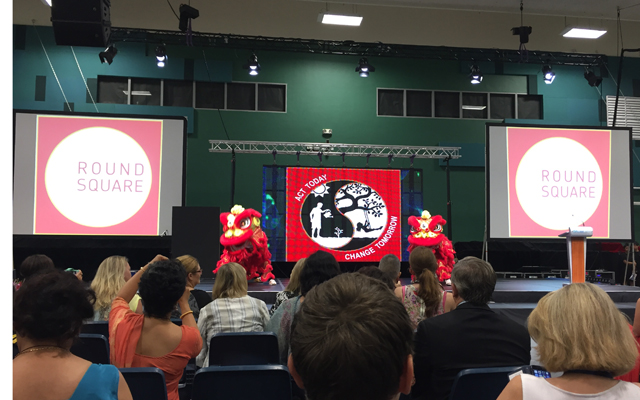 “Students realize that someone in India or Thailand is the same as them but also different; that’s global education – the ability to see things from another point of view.” Mark Salkeld, Deputy Head

Sharing ideas with students from around the world. Learn More